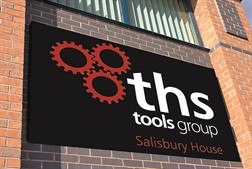 THS Tools Group was founded in 1975 by Ken Yarker, along with a small group of independent dealers to enhance the purchasing power of independently owned tool distributors and compete with the growing “National rivals”. This simple idea was the beginning of an exciting journey for four founding Members.

By the end of 1975 THS had established itself with five strong suppliers and by 1980 had gone on to build a strong network of 39 Members and 50 Suppliers. The business was building strong momentum having increase turnover in the past year by 75%.

In March 2001, THS Headquarters relocated from Rugby to its current premises based in Templeborough, Rotherham. Since the relocation THS continued to grow to become one of the UK’s largest buying groups for independent industrial distributors with over 100 Members and 180 Suppliers.

On the 1st April 2018, THS Tools was acquired by Troy UK Ltd. A significant deal that created an independent buying group of substantial scale, that assists both organisations in creating further competitive advantage for their members in the combined challenge of competing with National rivals.

Troy was keen to preserve the well-known THS brand and maintain stability for its current membership base, so both the staff and its operations in Rotherham remain in place. THS Tools has become very much part of the Troy family, now operating as a division of Troy UK limited. THS will continue to operate under its own branding as a subsidiary of Troy for the foreseeable future.

“Our philosophy has always been to invest strategically and responsibly.  This exciting new chapter further reinforces our goal to attract the highest quality products and customer service at the best price for our valued membership, thus increasing our buying power to its optimum level.  We are delighted to welcome THS to the Troy Group and look forward to prosper and grow for years to come.”